In their first match v Spain, England comforably ran out the winners 59 to 37 Imps which translates to  15.38 v 4.62 Victory Points.  There was one quite amusing score which may appear in the Times or the Telegraph, but probably not both!  Match 2 versus Ireland will be on Vugraph starting at 12.20.

Match 2 result was 24-6 in imps to England which translates to 14.6 to 5.4 in Victory points. A close match which swung on 2 hands. England handily in 5th place. To mirror the football , England next face Wales. Wales are winning 1-0 at half time after a fantastic goal by Gareth Bale. England narrowly beat Wales 38-36 in bridge and football 2-1 leaving them in 8th place. One more match against Iceland on the first day

In what can only be described as truly tragic turn of events Wales lost the football in the 91st minute :((

ARBC staff would like to wish the best of luck to  Andrew and David, who are part of the Open Team representing England in the European Championships starting in Budapst.. Over the next ten days they will play a match against each of the other Euopean nations beginning tomorrow (Thursday 16th June 2016) The England Open Team schedule for Thursday is:

Some of the matches will be shown live on the internet (click this link). We will be posting results here.

Angus playing with ex ARBC staffer Alex Gauld teamed up with Guernsey locals Andy Hall and Robert Plumley to triumphed in the Guernsey Teams, the blue ribbon event of the congress. 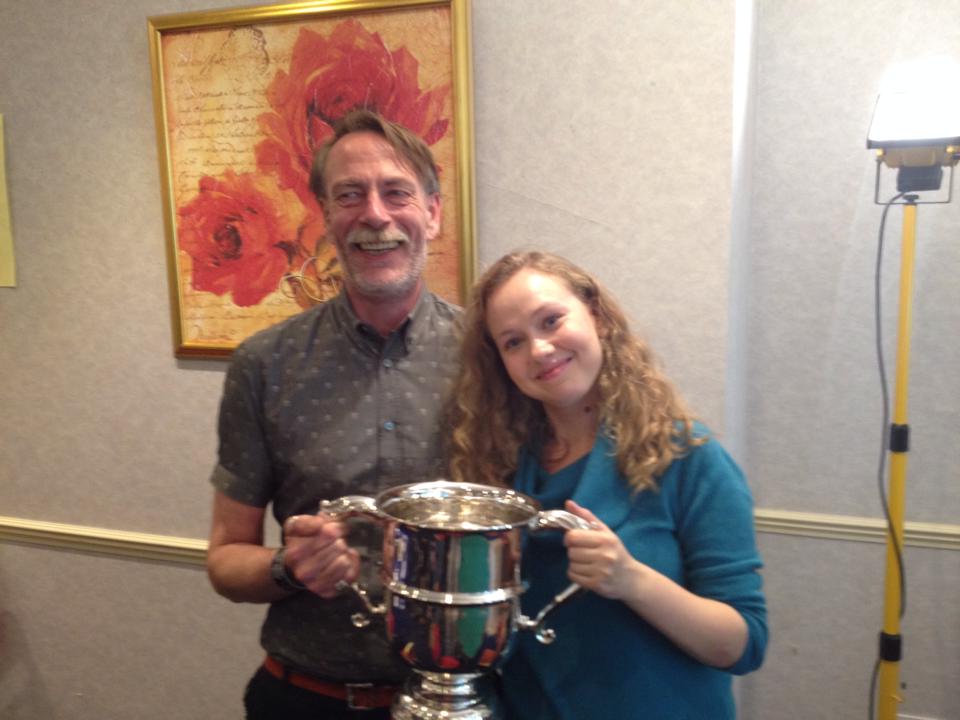 Andrew playing with Tony Forrestor won qualified for the final of the Cavendish Invitational played in Monaco. Along the way they topped the third qualifying session. This deal, written up by Telegraph columnist Patrick Jourdain, is taken from that session.

This deal shows how an aggressive call could pay dividends.

East's opening and Foresster's overcall of 1 ♠ must have occurred at many tables. Here West raised to Two diamonds and Andrew, a Passed hand, made an aggressive take out double showing values in Hearts and Clubs with a tolerance for partner's Spades.

East made an optimistic leap to 3 NT. Actually N/S are closer to making this contract as they have eight trick on a Spade lead. No doubt East, if doubled would have run to 4 ♦ which is only one off.

However, once North had implied Hearts, Forrester as South was happy to bid game in the suit. He may have been a bit shocked by the quality of dummy's trumps, but the good news was as the cards lay there was no defence to the game.

With the Clubs blocked, the defence could make only one Club, one spade, and one Heart before North's Clubs disappeared on the Spades. 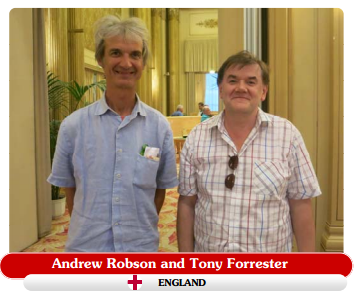 I am with RKCB In partners hearts. But this time a penalty double works well too?

What Should Have Happened + Arrow Packs